Thai massage is often described as having someone “perform yoga” on you. Indeed, both Thai massage and yoga go back to ancient times, having their origins in India.

The work itself includes:

The basis of Thai massage lies in the theory of energy lines running throughout the body—in a way similar to Traditional Chinese Medicine. The effective flow of energy along these lines is seen as a major contributor to health.

As a students at NHI, you will be able to perform a graceful one to two hour Thai massage of a style as taught in northern Thailand!

You can request more information about class schedules, tuition or financial aid. An admissions advisor will get back to you quickly to answer your questions.

Click on any class name in the graphic below to learn more. 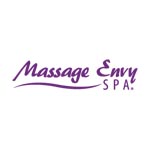 Enroll and start in one of our November core massage therapy groups and receive a complimentary massage table!